Dasara is a festival that is celebrated by people across the country but it has special significance to the people of Mysuru. The festival is filled with the essence of the state’s rich history. It is considered as ‘Nada Habba’ (State Festival). To celebrate the same, 92.7 Big FM is organizing a city-wide drive called ‘Big Dasara Darbar’. A team from Big FM will travel across the city in a canter bus to interact with the localities, who can express their views on the Mysuru Dasara. The event was flagged off by the Chairman of our school, Mr. Raghu R, who spoke about the celebrations of the festival in the city. He expressed his happiness towards the event, which is acting as an ambassador for the age-old festival that was started by the Royal family of Mysuru. He was delighted that the celebration in the city can attract tourists from around the globe. He also mentioned that the celebration remains the same even after many years. He compared it with the technology of hardware and software components, calling the festival the hardware that must be watched live to be enjoyed. He concluded by saying that the festival is all about fighting over the darkness within to walk on the path of prosperity. The teachers and students also spoke a few words regarding their views of the festival. They spoke in depth about the events that will be held in the city and how much the festival means to them. 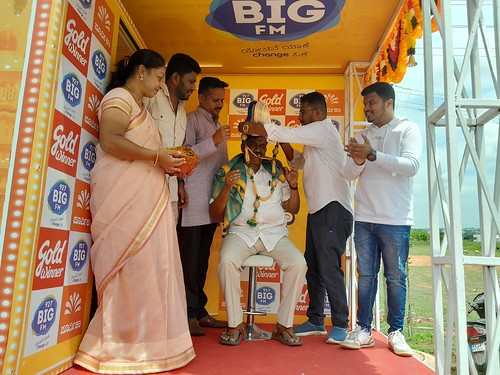